Could You Beat Raul Neto In A Game Of Basketball? 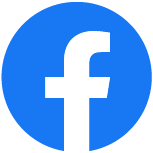 I know two different people who believe they could beat Raul Neto (current Washington Wizard, former Utah Jazz backup) in a game of one-on-one basketball. Their verbalized reasons for why this would happen: one played collegiate baseball, the other could dunk a basketball in high school. I wish I was joking. I have no such illusions about my own abilities versus Neto—I once watched him courtside and realized that a man who looks slow and puny on television is decidedly not in real life. He seemed 15x faster than me. His arms were as big as my body! Relative to his peers he seemed scrubby as hell, but relative to my friends and I, he looked like Lebron.

Raul Neto would kick my ass (and every other ex-baseballer and high school dunker) in a game of basketball. That doesn’t stop me from daydreaming about how I would perform in certain situations amongst professional athletes. Could I even muster a FG attempt if Rudy Gobert was guarding me? Definitely not. What would happen if I faced the same situation as Mito Pereria at Southern Hills on Sunday, up one on the 72nd tee, needing par to clinch a major championship? Mito caught a lot of flack for hitting the worst drive of the entire tournament, taking a penalty drop from a creek, then hitting the worst chip of the tournament to make double bogey and miss out on a playoff. I can assure you I would do worse. I would most likely whiff the ball. I would somehow botch the creek drop and add an extra stroke. If I was forced to putt with a win or playoff looming, I would dissolve in tears and beg to use a substitute. Mito was quoted after the tournament saying, “You have so much pressure in your body, you don’t even know what you’re doing.” No, I would not perform well in those circumstances.

All of that pales in comparison to my chances of surviving even one shift in the NHL. The first game I attended was over a decade ago: Capitals-Stars, Alex Ovechkin cannonballing around the ice and blasting everything in sight. It was terrifying. The speed and physicality were off the charts. I knew the chances of me stepping on the ice for five seconds and living to tell the tale were minuscule. But I still entertained a fairytale world where I strapped on the skates, skated side-by-side with Nathan MacKinnon, and received stick taps from the bench after absorbing a body check and returning intact. I can now confirm that world does not exist. Not after watching Game 3 of Avs-Blues and seeing Sam Girard, a real-life NHL defenseman, smashed by Ivan Barbashev in a hit so violent it broke his sternum. IT BROKE HIS STERNUM. I’ve injured my back having missionary sex—what chance would I stand against a 200-pound Russian skating 20+ mph with violence in his heart and rage on his breath?

I take a reasonable amount of pride in convincing my mind and body to work in unison. It’s taken me down a path of great joy in the world of amatuer golf and on the right night, allowed me to escape sex without injury. But I know my limits. Professional athletes separate from amateurs because they possess the capacity to align the highest possible physical skills with the highest possible mental skills at precisely the right time, using that combination to ascend to a stratosphere I cannot comprehend: contending for a championship at the pinnacle of their sport, against the very best athletes in the world.